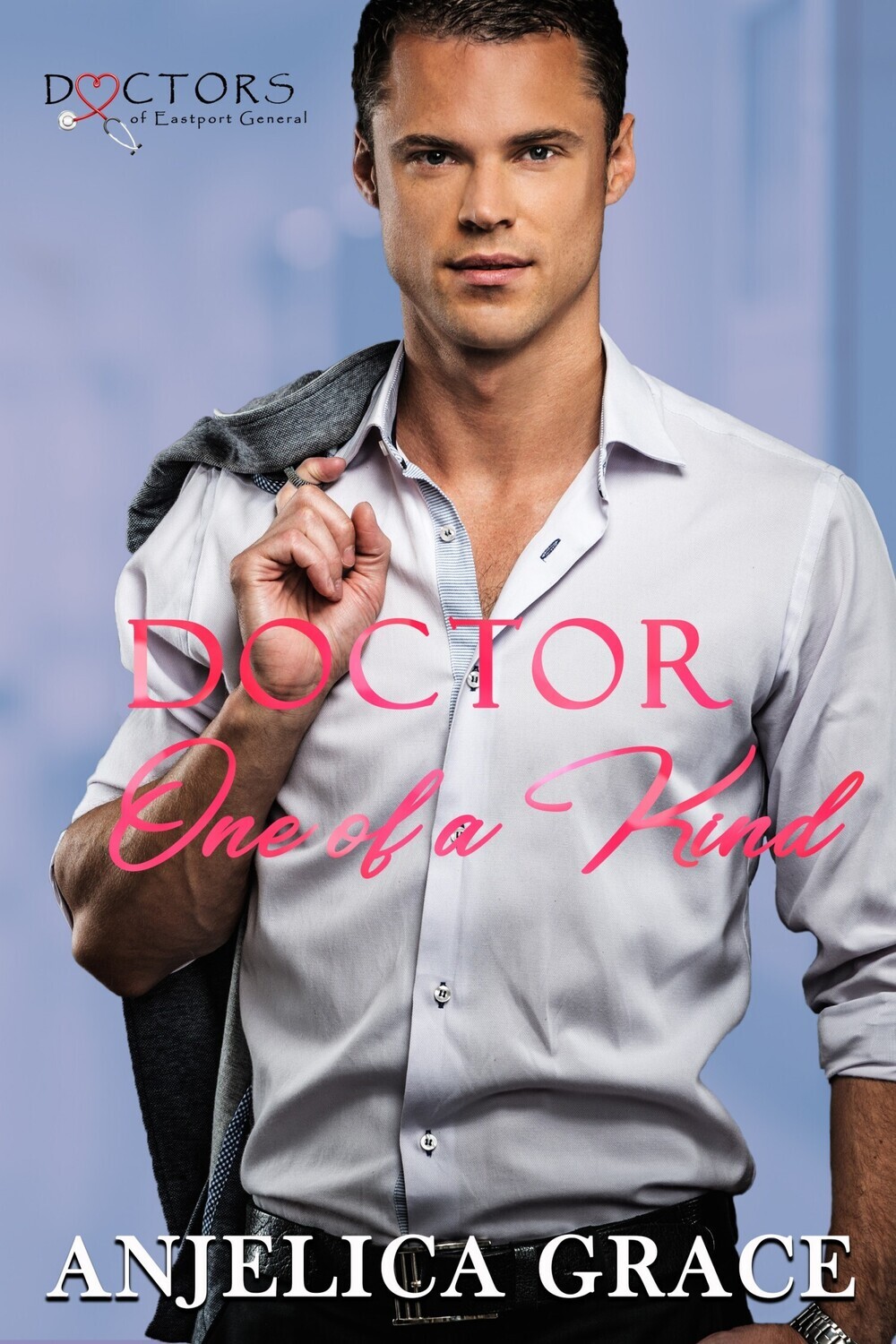 Doctor One of A Kind (A Doctors of Eastport General Novella)

Cooper
Fate is a funny thing.
A chance meeting on a flight home.
Who knew a single mom and her darling little girl could burrow so deep into my soul?
They’re there and refuse to leave…but I screwed up.
I didn’t get their number and they walked out as quickly as they came.
That’s where fate comes into play. Lilah Emerson and her little girl show up in my ER.
The universe is setting things right so I can make my move.
However, it’s never that simple.
Especially when you’re dealing with a fiercely independent, stubborn woman with a rocky past.
She has so much more to live for than dating and men, but I’ll show her I’m worth it.

Lilah
The universe has a crazy way of making things work.
The man who entertained my daughter on a late-night flight saved my sanity.
How ironic the same man charges in like a knight on one of the worst days of our lives.
He’s kind, patient, and strong. I couldn’t survive this without him.
But I’ve got trust issues.
He’s determined not to squander his self-proclaimed second chance.
I don’t know if it’s possible. I don’t know if he can handle me and my daughter.
But he might, he is one of a kind, after all.
Save this product for later
Display prices in: USD
bottom of page